Passionate Goodbye is one AWESOME movie. I’m so touched by it. It’s such a sad, yet beautiful film. *cries*

Passionate Goodbye is a movie about a top star who was sent to a hospice to volunteer after he caused trouble. There, he meets people who are all preparing for their last goodbyes.

I don’t know if I should do a recap for it, or just a review. Maybe I’ll do half-half? Not a full recap, but a short summary, with some screencaps and more of my own review.

The movie starts off with Choong Ui (Lee Hong Ki) in a filming set for an MV. We could clearly see that he’s one rude superstar who complains about the set and orders people around. After filming, he visits a club and got into a fight with another guy who made a passing remark about his mother. As a result, he was sent to a hospice to volunteer.

On his way there, he meets Ha Eun (Jeon Min Seo) who snaps a picture of him, while he’s releasing himself (HAHA!) She claims that it’s her first time seeing a celebrity and continue snapping away as Choong Ui keep telling her not to. He snatches the phone away from her, and Ha Eun fell to the ground. Ah Na (Baek Jin Hee) tells Choong Ui off for pushing a little girl and asks him to apologise, to which he refused. She then kicks him in the -toot- which made him fall into the pond where he relieved himself.

At the hospice, he finds out that Ah Na will be the one assigning him his duties. He walks around the hospice. 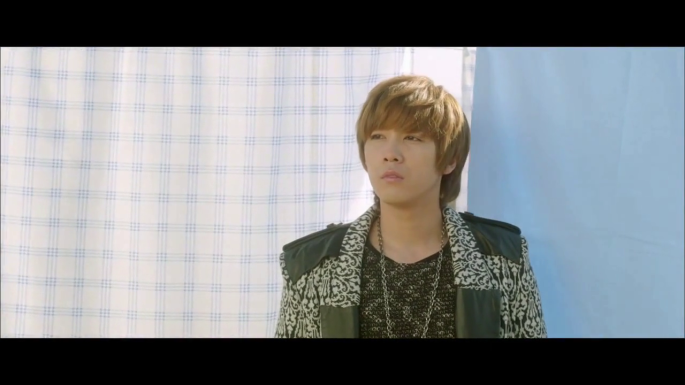 He meets Moo Sung (Ma Dong Seok) who asks him for a cigarette.

And he overhears the people at the hospice telling an old grandmother to leave in peace. He remembers the time when his mother passed away and leaves confused. Ah Na saw him leaving and follows him out. 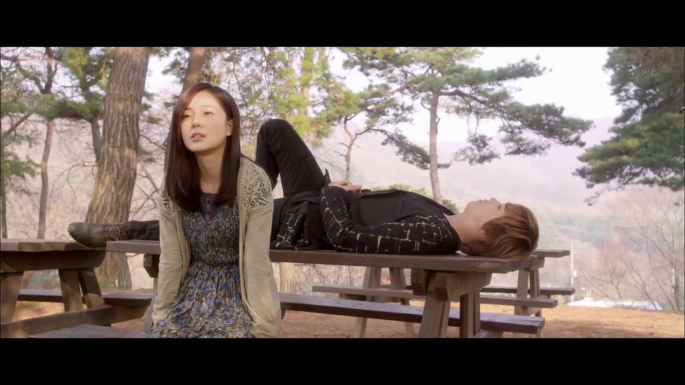 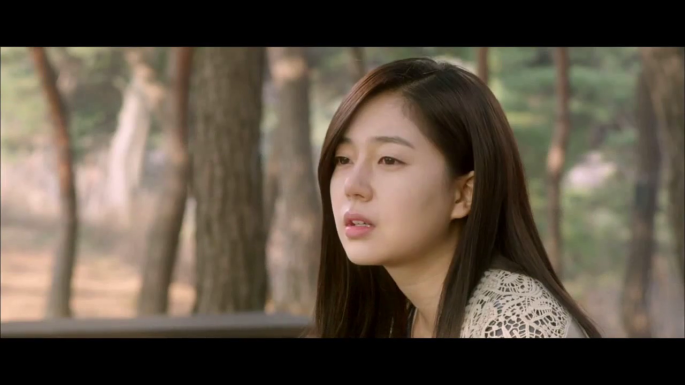 He asks her what kind of a hospital is this – they allow the patients to smoke and tell another patient that they’re dying. Ah Na tells him that it is a hospice, where the people are all preparing to say goodbye.

The hospital is facing some funds issue and the people are trying to find a solution. They decide to participate in a Superband competition and asks Choong Ui to help them out. He refuses at first but decides to help them out after all.

While Choong Ui and Ah Na are outside, a lot of fans are following Choong Ui. He grabs Ah Na’s hand and starts running, however Ah Na faints. Choong Ui panics and realized that Ah Na is sick too and she has only about 6 months left to live. She wakes up and teases Choong Ui whether it’s his first time seeing a pretty lady sleep (HAHAHA! She’s stealing the line of Mong Hee in Gold Appears). Choong Ui is clearly worried, but Ah Na says she’s fine.

And the movie keeps making us cry… Choong Ui sings a song for this pair of mother & son. So sweet. 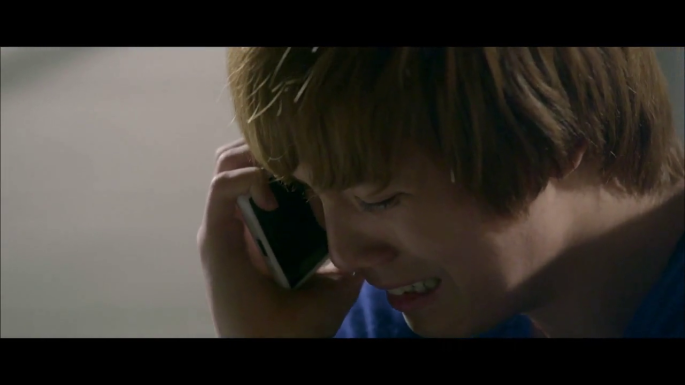 He calls his father and asks his father, if there was no choice back then but to ‘kill’ his mother. His father said that it was his mother’s decision. He starts crying and I did too. 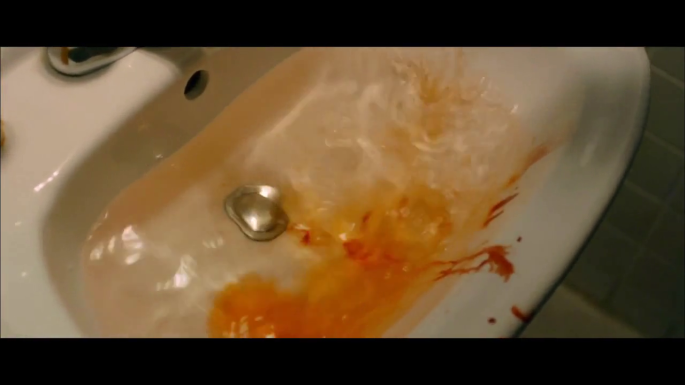 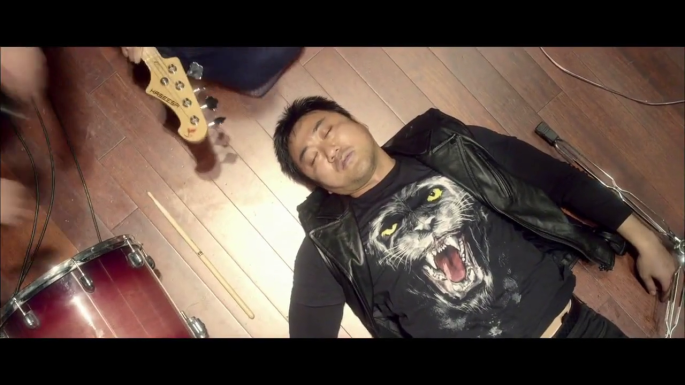 Before the audition, Moo Sung is clearly feeling unwell. He tells himself that it is not time yet. At the audition, he faints. Choong Ui who was watching the audition was about to run up to him, but was stopped by his management. As Moo Sung was being wheeled in the ambulance, he asked for Choong Ui, to which Ah Na says that she’ll call him. She goes back inside and overhears Choong Ui talking with his management. She realized that Choong Ui was making use of them and was about to leave Korea soon. She walks away.

Back in the hospice, Moo Sung asked for Choong Ui again and Ah Na tells them that he won’t return and that he’s different from them. As she left the room, Choong Ui came running in looking for Moo Sung. Ah Na asks him why did he return and confronts him. He admits that he was using them at first but things changed. Ah Na walks away. 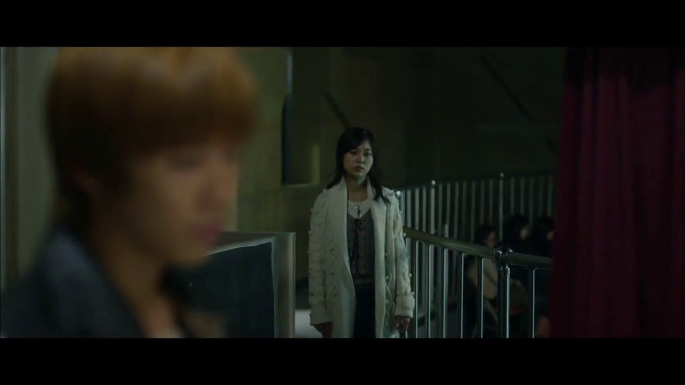 At his press conference, Choong Ui admits to the press that he was using the people at the hospice, but he feels differently about it now. He tells them to come and watch them play.

At the hospice, Moo Sung asks Choong Ui for a cigarette, but this time he doesn’t light it up. Instead, he just tries to remember the feeling. He hands Choong Ui the drumsticks. 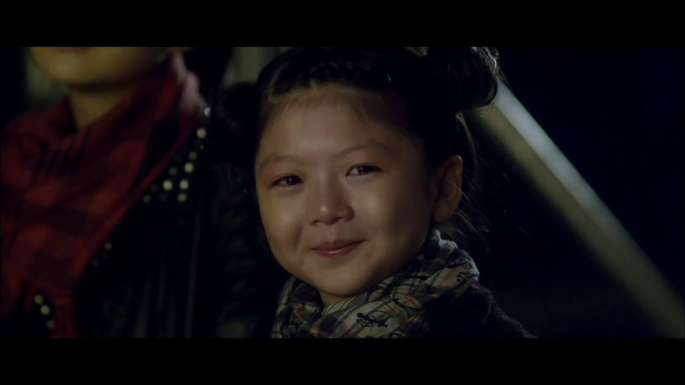 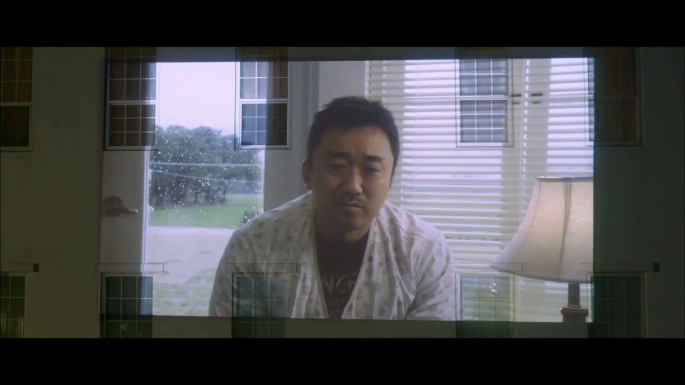 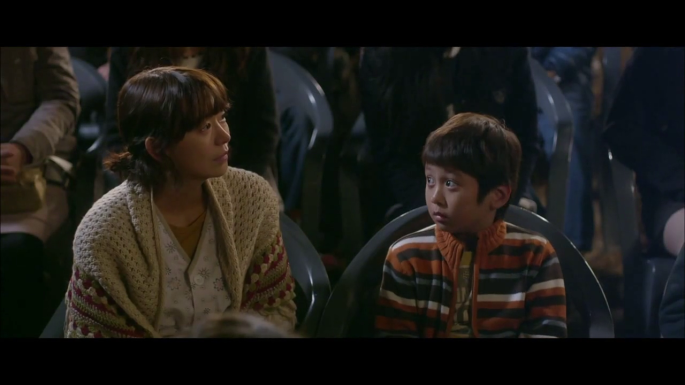 Before the performance, clips of the people at the hospice was shown as they say about their heartfelt feelings. It’s so touching that I cried a lot 😦 In Ah Na’s clip, she mentioned that she’s never loved anyone before and has never experience loved. If there is a next life, she will try to live more happily. 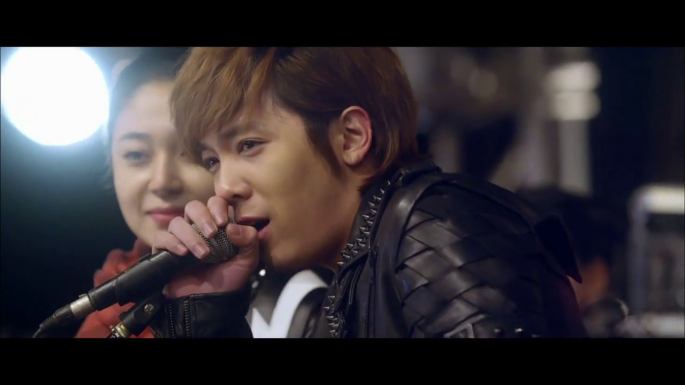 And they start singing (JUMP – Lee Hong Ki) Choong Ui begins to introduce the people on the stage as they sing, and he mentions about Moo Sung who’s already in the Heaven. 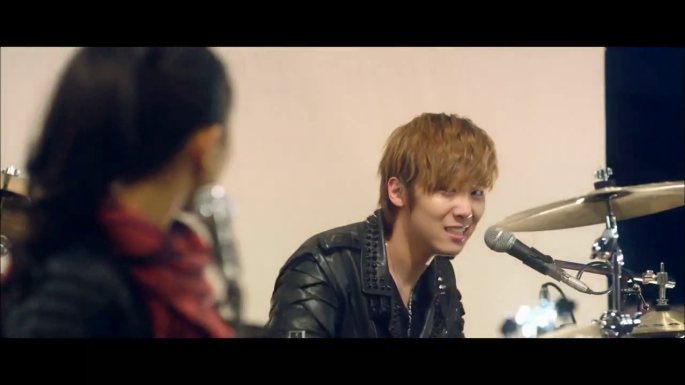 And the reaction of his management. HAHA.

And the performance comes to an end.

And the movie comes to an end as they showed us Choong Ui spending time at the hospice as he grew up, taking pictures with the different people there. In each picture, there are fimilar people, and then they disappear and some other people appear. *sobs*

This movie is such a tear-jerker. I don’t know why it didn’t receive much love in the theatres, but it was really a very nice movie. Personally, I’m a huge fan of FT Island and they’re my favourite band in kpop. I was looking forward to this movie because of Lee Hong Ki and Baek Jin Hee. I love her too you know.

Lee Hong Ki’s acting started off awkward at first, in the club, but the rest of the movie, he was okay. The story is good, and he didn’t look weird while crying so it was really nice. Oh did I mention how funny it was as he was running away in the club and he tells the people “Sorry, Excuse me” in english? HAHA. It was funny.

The movie is sad, yet beautiful. I loved every bit of it. Now, let me go off and cry a little bit more.