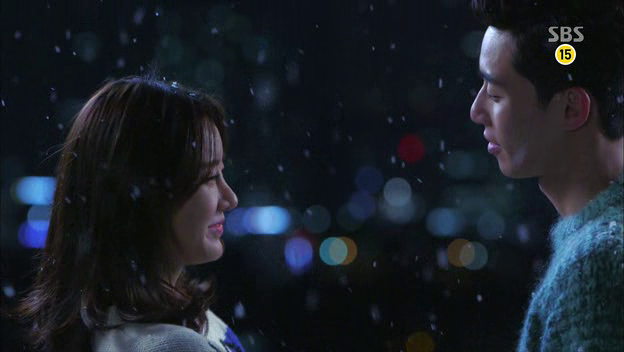 While two marriages are in the midst of a break down, love blossoms for two individuals and as much as I’m happy for them, I have to prepare my heart for the future heartbreak, which will be too painful to see 😦

In this episode, everything is out in the open. Eun Jin confesses to Sung Soo about her affair, and Min Soo confesses to Eun Young about his feelings. Eun Jin and Mi Kyung meet up and talk as well. I’m glad that Eun Jin didn’t withhold the truth any longer, because this drama is all about dealing with things which happens.

There’s no secret affair, no dramatic lies or undercover, or whatever like tons of other dramas which probably spent more than half of the drama’s run to withhold information from the characters. I don’t know why they like doing that. I love this drama because it’s simple. It’s very clear cut and direct, which gives the drama enough room for the characters to show their feelings, their scars, their sadness and also hopefully their growth and how they overcome their pain.

For the first time, we finally get to see Jae Hak & Mi Kyung’s past and how they actually got married. They were walking together, and Mi Kyung was telling Jae Hak about her favourite flower. Jae Hak proposes marriage, to which Mi Kyung questions that he doesn’t even love her yet. He held out his hand and asked her if she knew what love was. She didn’t answer him, and he says, “Let’s walk together.”

Jae Hak brings Mi Kyung back to the place.

But Mi Kyung doesn’t accept his hand and walks away.

I can totally understand Mi Kyung’s feeling. From the start, this couple had different opinions on what love is. Mi Kyung’s idea of love, is the noble-kind of love and it fits in with her personality – perfection. Maybe it’s because of her parent’s imperfect marriage, and maybe that had a negative impact on her – an obsession for everything to be perfect. When her love didn’t turn out the way she wanted, she tried her best to keep up with the pretence, and it might be due to her pride, or her fear of that perfection breaking.

As for Jae Hak, he seems like he didn’t understand nor believe in love. He’s more of a realist, and rather than those quotes about love and all those things you can’t verify by seeing or touching, he is more of the type to look at things from a logical perspective and like things to be clear. Maybe that was why when he proposed, he said to walk together. His idea of love or marriage, is to walk and stay together till the very end, where as, to Mi Kyung, it’s more of an emotion, to care and love only her.

This is one of the most common problems between us humans, and it’s also the most common reason why people don’t work out. The differences in ideals and thoughts about marriage and love. That’s why I find starting a marriage the most important decision ever, and something both individuals really need to discuss and talk it over.

You can’t just assume things and get married, then sort it out after getting married. You must always start off with the correct button. I think couples nowadays are always assuming things – assuming their partners will change, assuming they can suggest things after marriage, etc. NO. Talk it out first. Communication is very important, and assumption is VERY dangerous. We could apply this to all relationships actually.

Of course, that doesn’t guarantee a happy marriage, because other than those, there are many other problems a couple can face. In this case, trust and betrayal.

Eun Jin comes clean with her affair, and Sung Soo doesn’t believe her at first but the reality finally sinks in when Eun Jin just sits there crying quietly. He is stunned beyond words. 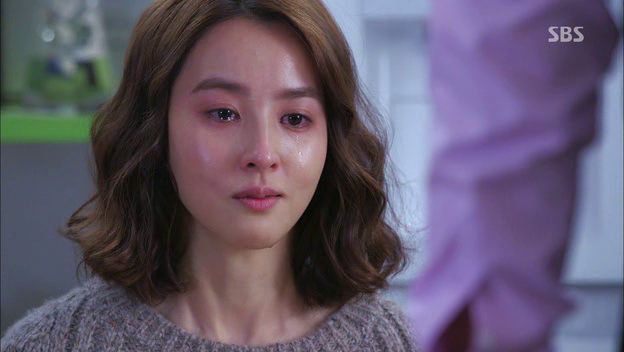 Sung Soo asks Eun Jin if she slept with Jae Hak, and she doesn’t answer. 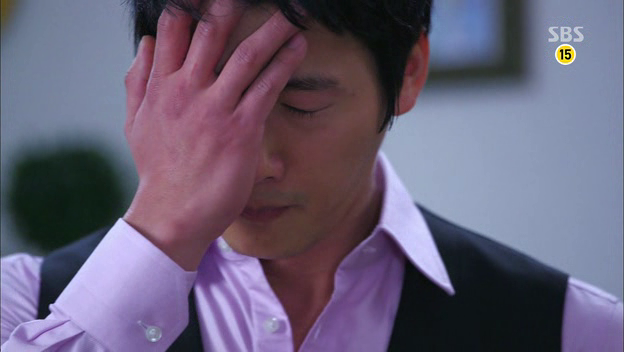 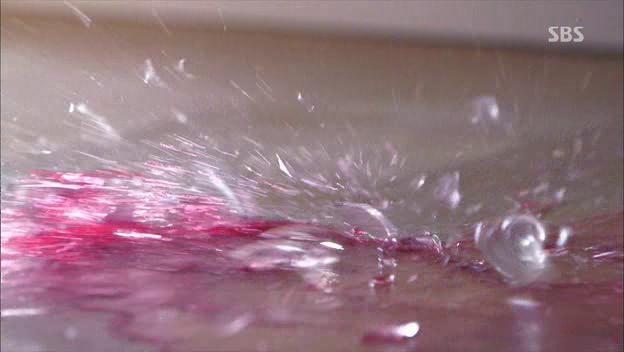 Sung Soo tells her to get out of his sight or he might kill her. He flips the table over and start screaming.

Maybe it’s because we grow up thinking that woman are always faithful and clingy and will only love our husbands. It’s like sort of a universal thinking – though I think it probably changed over the years.

I feel bad for Sung Soo – because he’s clearly hurt. He would never have expected Eun Jin to do such a thing, because he knows how much she loved him. He betrayed her once, but never in his dreams would he have expected Eun Jin to do the same thing. I won’t be able to know his feelings – because I’m a girl like I’ve said, but I think he is feeling more betrayed, than to what Eun Jin felt when she found out he had an affair.

And just because he had an affair, it doesn’t make it alright for her to have an affair. So they can’t just close one eye and say they’re equal. As for affairs – there are two ways to look at it. The mind and the body. Sometimes, when guys cheat, they don’t have feelings involve. It’s just the body. It’s bad, but not as bad as other affairs. That doesn’t mean it’s acceptable anyway. Hah. However, when affairs is more than just the body, but involves the mind or heart – it’s a little more tricky, because your heart is wavering for someone else.

I’m not sure about Sung Soo’s previous affair – whether it’s just a one-off kind of thing, and just involve the body. But in Eun Jin’s case, she clearly wavered and she liked Jae Hak. It’s understandable from Sung Soo’s view to be angry because he probably felt terrible. 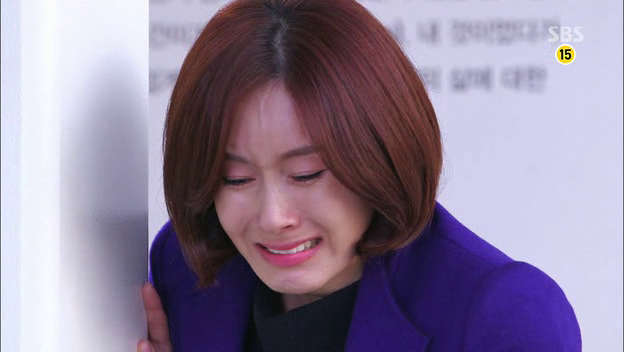 Eun Jin and Mi Kyung finally meet – this time both aware of each other’s background. Eun Jin just sits and listen to Mi Kyung who questions her about her feelings toward Jae Hak. Eun Jin probably felt ashamed of herself and scared too, because right now she’s in the shoes of the person she hit previously when her husband had an affair.

She’s now in the shoes of the third party, speaking with the wife of the person she dated with, and that same person who she learnt cooking lessons with, and also someone she constantly questioned why she hated her. Eun Jin remembers how much hatred she had against the third party, and how she reacted to it. Mi Kyung’s reaction is the direct opposite. She is calm, and doesn’t resort to physical violence, and Eun Jin probably felt bad for Mi Kyung, and guilty.

We also see that Mi Kyung is suffering just as much as Eun Jin probably did, but she has a certain stubbornness and she doesn’t want people to see her vulnerable side, and doesn’t want herself to do the same thing Eun Jin did because it makes her imperfect. 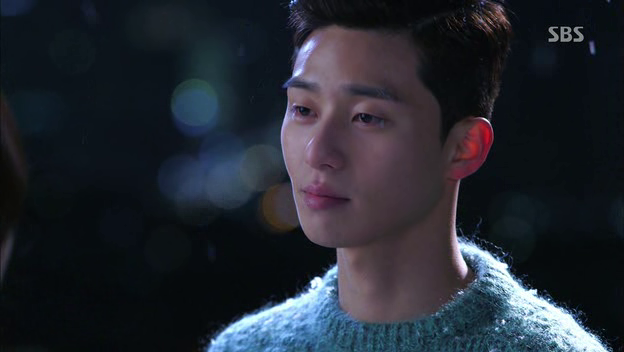 On the other hand, love blossoms for Eun Young and Min Soo. 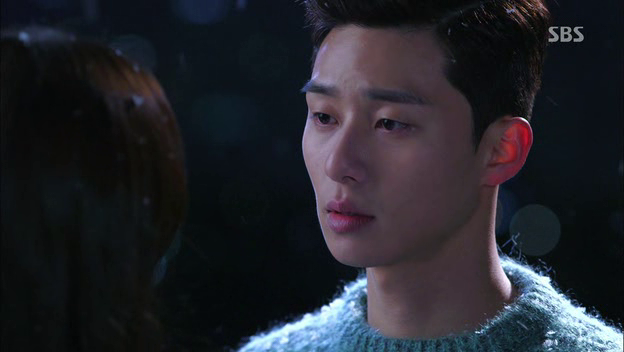 She keeps asking if he is confessing his feelings for her – to which he denies. He turns back and ask her, that he was unhappy in the past, and poor in the present, will she accept him. She smiles, and tells him that she will accept him, and everything about him. He looks at her and says, “Then it’s a confession.” 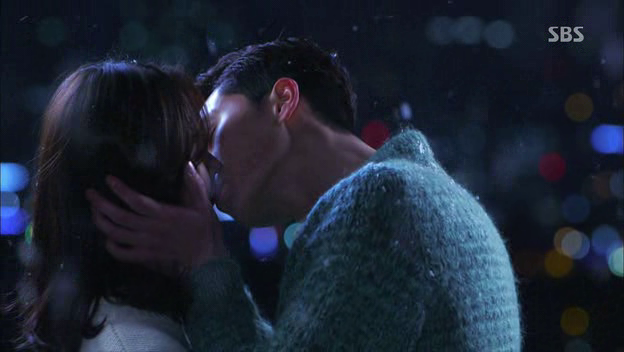 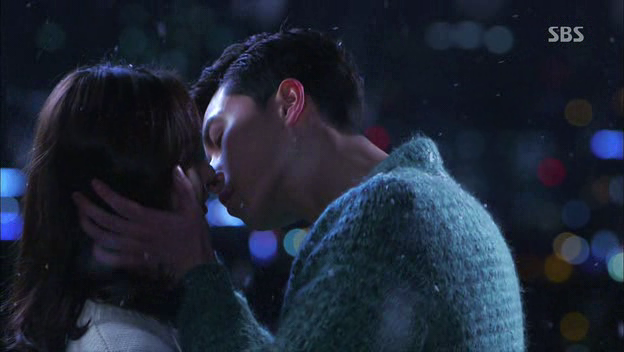 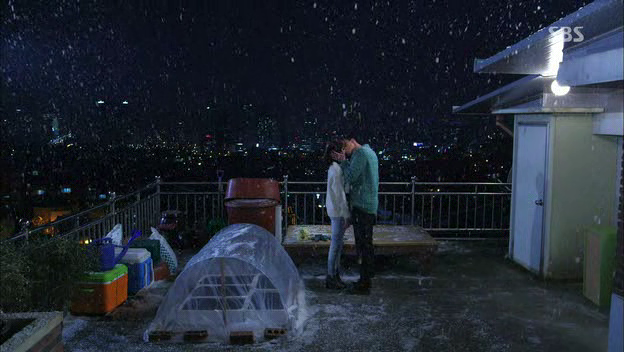 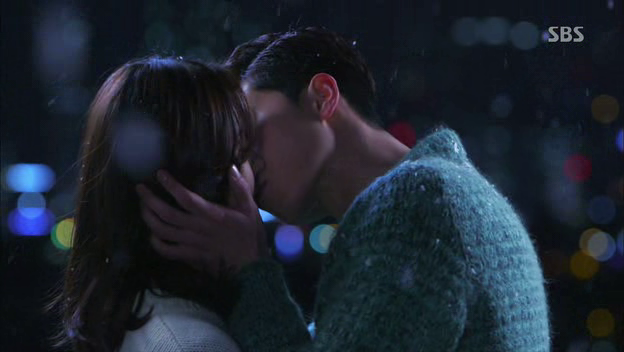 He kisses her twice, and they look at each other fondly. He tells her to call him Oppa in future 🙂 After she left, he tells his ‘father’ that it’s his first time living alone, and that he will continue to protect Mi Kyung, and he also loves Eun Young and wants to protect her too.

I love that the drama is quickly putting Min Soo and Eun Young together, because this couple will have a hard time in future. I don’t want it too be too rushed, you know? I want a long sweet moment with them, before the painful break up. I love Min Soo so much, because his character is very interesting. He grows up being cautious around people, looking and reading people’s mood and faces so that he doesn’t offend them, but as a whole he has a very strong personality.

Eun Young is very straight-forward and she’s funny because most of the time she’s clueless.

Anyway, I’m enjoying the drama so much, and I can’t wait for the next episode 🙂