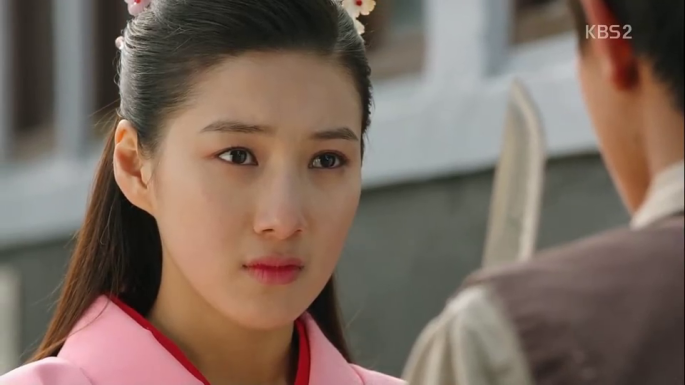 I’ve watched Age Of Feeling, and I’m just here to talk about my first impression of the drama itself. I watched the first episode some time back, and only had time to continue watching the rest of the episodes today. I’m going to continue episode 5 & 6 later on, but let me just talk about what I think about the drama for the first four episodes.

Honestly, the first episode didn’t really suck me in – it wasn’t boring, but it wasn’t interesting either. It felt pretty average, like all other similar genre drama, so maybe that’s why I put the drama on hold while I was busy.

Surprisingly, things got a little better from the second episode onwards, and I think it’s not bad. I like the nerve-wrecking sparring sessions using the samurai or sword – or whatever you call those. I wouldn’t say I’m fully on board yet, because despite liking Jung Tae, I can’t seem to like Gaya yet.

I like Im Soo Hyang – and part of the reason I’m watching this is to see her fighting with swords and all that – but I just couldn’t be convinced enough that she vows revenge and goes to Japan. I get it – she’s angry her father died, and thinks that Jung Tae’s dad killed him, but that reason alone wasn’t that convincing. There seems to be something missing somewhere, but I can’t pinpoint it exactly where.

However, putting that aside, I am excited though of what Gaya would do in future episodes, because clearly we can see that she’s no simple lady.

As for Jung Tae, I simply love him. Now that Kim Hyun Joong has appeared as the grown up version of Jung Tae, I really do hope that he carries the same feeling and charisma Kwak Dong Yun (the younger version of Jung Tae) did, because clearly he did an awesome job as the young Jung Tae, and I would be disappointed if Kim Hyun Joong couldn’t match up to it. It’s nice to see KHJ in a non-flower-boy role though 🙂

And lastly, am I the only one who think that Joo Da Young (Teenage Gaya) does look like Im Soo Hyang (Adult Gaya)?!