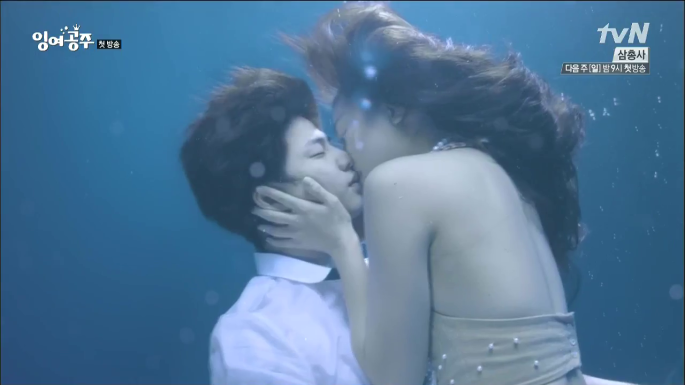 Another new drama, airing every Thursday, we have Surplus Princess – which is about a mermaid who wants to become human.

The first episode, was more comical than I expected – with English thrown here and there, and a little bit of animation. It’s kind of cool, in a way, and it was fun. I’m sad again because it only airs once a week 😦 It’s an 11pm slot drama – so expect a little bit more mature stuff.

I thought the first episode was pretty good – we were introduced to the main characters, a few mystery here and there and Lee Hyun Myung is so cute 🙂

Not a recap – just a discussion.

The episode started off with Kim Ha Ni (mermaid name – 18th princess, Aileen) standing at the shore and narrating that she’ll miss the happy times, and the people she loved and cared for. She then slowly disappeared and we see small little bubbles.

And she starts narrating the story from the beginning. 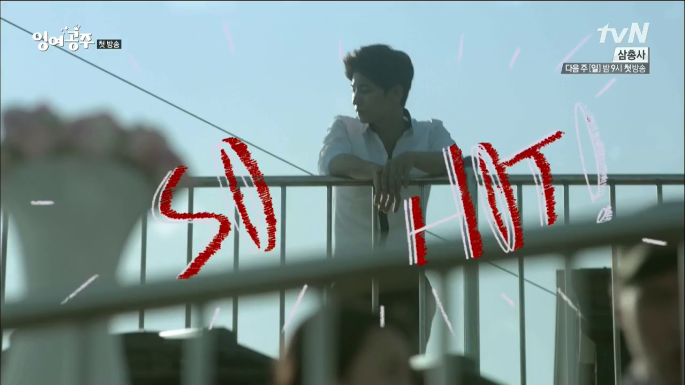 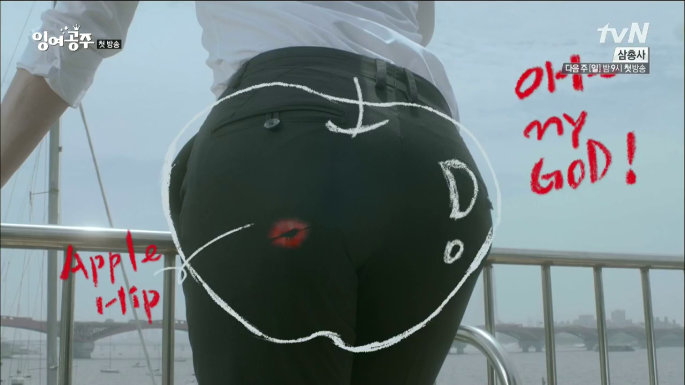 She has a crush on Kwon Shi Kyung, who is a chef. It’s so hilarious that she went ‘Perfect face. Perfect body. That edible apple bottom.’ – I’m totally cracking up.

Somehow he fell inside the water, and Ha Ni just went to him and kissed him! He kissed her back, and she took the chance to grab his butt – before being interrupted by Jin Ah who pulled him back up.

Jin Ah and Hyun Myung stays together in a share house with 4 others – but she’s moving out. They are currently dating – but we know that Jin Ah’s heart is already wavering. Hyun Myung has been job hunting for 3 years. 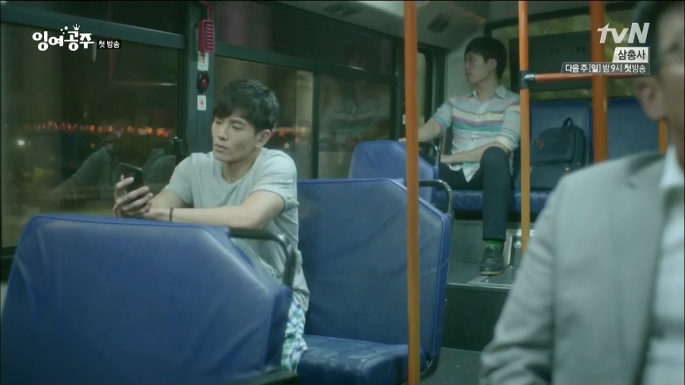 Jin Ah’s mother doesn’t like Hyun Myung, and he accidentally overhears her mom’s negative comments and is upset when she doesn’t text him.

She is staying in the share house as well – but looks like she’s not approachable. She’s Ahn Hye Young. We don’t know much about her yet – but I’m pretty sure she’s an important character too. And Kim Seul Gi looks so pretty!!! 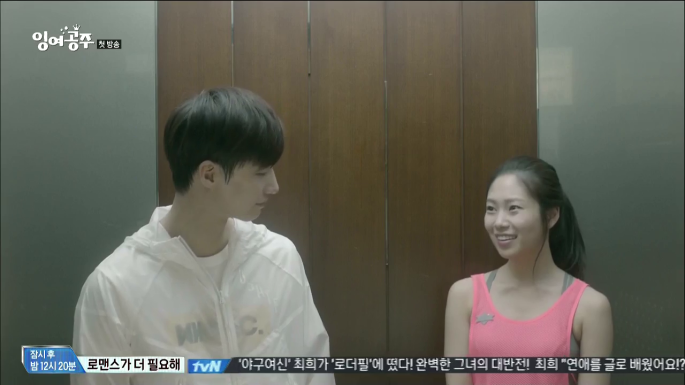 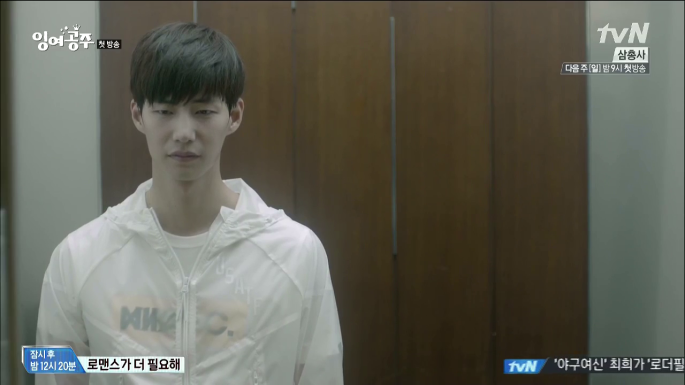 Jin Ah tries to appears before Shi Kyung – and Shi Kyung is cold towards her. He makes an effort to talk and smile, but the smile disappears the moment she leaves.

And all of a sudden his character felt a little creepy – as though he has a big secret.

Ahn Ma Nyeo – he’s wanted for stealing the ‘magic potion’  – and though it’s not revealed yet, he’s most likely Hye Young’s father. 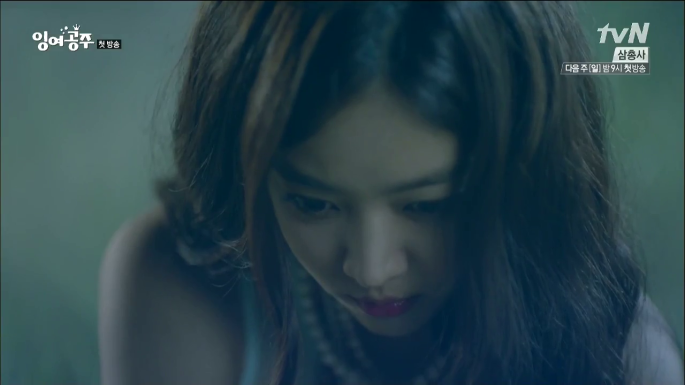 Ha Ni manages to grab the potion and drinks it, despite Ma Nyeo’s advice.

So mysterious characters are Shi Kyung and Hye Young. In the lift, he suddenly turns and looks at his own reflection and started messaging on his phone – it was sort of creepy. He’s cold and doesn’t communicate much, likes his work to be perfect, and…. he likes being praised. Hah. He was practically so happy when the girls were commenting how cool he was.

Hye Young – was she a mermaid??? She and Ma Nyeo are probably father and daughter, since they have the same family name, but if she was a mermaid…. then why is he a human? Maybe it was a love story between a human and a mermaid, and they gave birth to Hye Young??? Okay – I’m just assuming.

Ji Hye has lost interest in Hyun Myung. I don’t think she hates him, but she’s slowly wavering. She still cares about him – but her heart is already seeking someone else.

Lee Hyun Myung is so adorable!!!!!

I love his character!!!! He’s like that honest, earnest character which will totally warm our hearts. AHAHAHAHAHAHAHA. SO CUTE.

Anyway, Ha Ni has turned into a human, and I guess things will get more fun from next week~!!! WEEEEE!!!!!!!