One does not simply watch this and not burst into tears. I have so much love for Dear My Friends, I think it’s going to be one of the most meaningful and memorable drama for many years to come.

I’m honestly blown away by how the writer and everyone else who made this drama possible, managed to portray such realistic and engaging characters whom we could relate to one way or another.

If there was really a novel about this drama, or the characters, I would totally buy it! This drama is just so precious ❤

The latest episodes focused on Seok Gyun. He was left all alone after Joong Ah left him – and it took him quite some time to realized what he had done wrong.

It wasn’t just because of the promise he didn’t kept. Joong Ah was not being petty and not trying to seek revenge. It might appear like she wanted to get back at him initially – but it’s not.

I guess we could understand how tiring it has been for her. She clearly cares for her husband and family – but she left because she wanted to live for herself. All her life she had lived for her husband, her in-laws, her children. There’s nothing wrong with wanting to live for ourselves.

She’s just tired from everything and wants to do things freely without feeling any burden or pressure.

On to why she left her husband – it might be because he doesn’t understand how she feels, or fails to communicate with her effectively throughout their marriage.

Seok Gyun seems like the average typical men who thinks women should be cooking and doing all the household chores and taking care of the household. It’s not uncommon, in fact, it’s very much common.

But we can’t say that he’s cruel or evil because maybe that was how he was brought up – or he never learnt how to show affection. Personally, I think some people find it difficult to show affection, even though they do feel it.

We can feel bad about a situation – but sometimes our actions doesn’t match with what we feel. It’s as though we try to avoid showing affection and it could be due to a lot of different reasons – whether we don’t know how to, or maybe because it’s awkward or we feel embarrassed doing so.

For example, if a close one pours out their heart to me – and I really do feel bad and want to do anything to make them cheer up – but my actions might not truly reflect how I really feel. For example, I might keep quiet and not say anything – because in certain situations I’m not sure what is the right thing to say.

I’m not on the touchy side – so hugging someone is not really my kind of thing. (it’s really not an ego thing) So in these situations I would usually just listen and keep quiet. However, to the receiving party they might not know this and think that I’m indifferent to the situation. 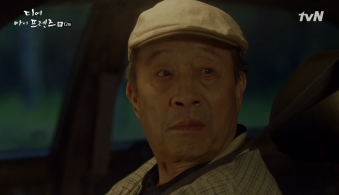 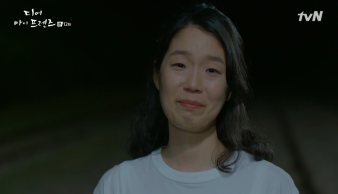 So I could understand Seok Gyun a little. He’s a little on the extreme side – but his heart is not bad.

Putting Seok Gyun aside, every time I watch the drama and the friends – their lives and conversations – I can’t help it but feel kind of sad and lonely.

Sure I have friends by my side now, but it’s hard to say for many years down the road. Life is unpredictable.

Watching a drama about old friends together, being able to joke and say everything on their mind. Fighting but still getting along – it’s just so precious and touching.

Their small little worries and how they live their lives, I think to myself – what kind of elder would I be?

Anyway as the drama is coming to an end soon, I can already feel the tears coming. Not that it hasn’t come. I probably cried a bucket getting this far. I’m expecting more to come 😦

Since Seok Gyun has revealed his true heart to Won, it’s about time for him to leave too, isn’t it? A few episodes back, Won narrated that Seok Gyun told her everything before he died.

And we also had a scene on Nan Hee getting the results of her check up. Is she dying too…? How ironic will it be if the checkup was to check her mother’s health but if she was the one with the health issue. And if she is really dying (I HOPE NOT!) how will Wan handle this, I’m curious. 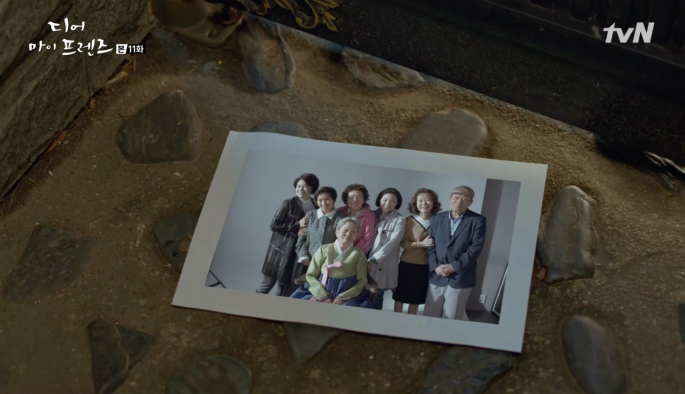