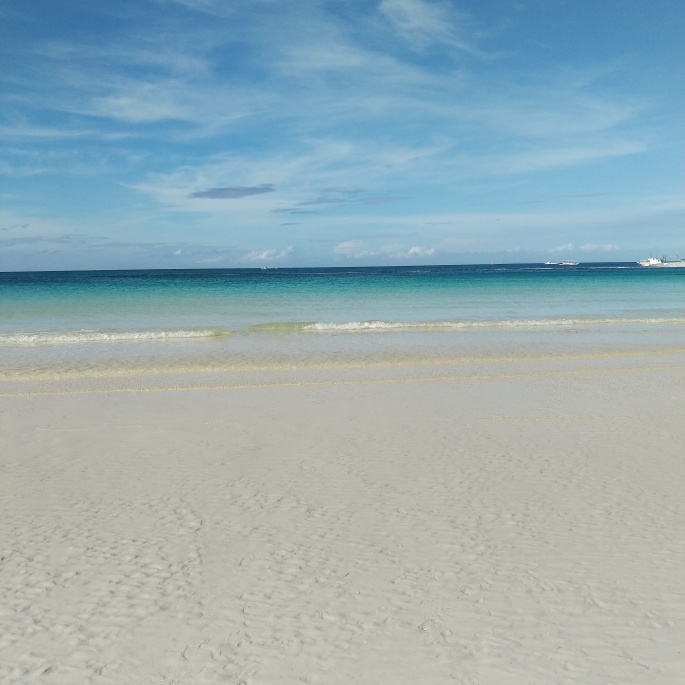 I know this is pretty random – but I just thought it would be okay to post this here. A random post on Boracay 2016 and the rough estimate of the cost and my experience! Good things are meant to be shared!

My travel period was from 4 Dec 2016 – 8 Dec 2016. It was a 4D3N trip and I was travelling from Singapore with a friend. My total cost incurred was about SGD810, including flights and hotel. Flight + Hotel were paid beforehand. I changed SGD 350 for all expenses there. (rate was 34.6; changed at raffles place)

I was travelling with 4 other people – but staying in a hotel with only 1 of them.

I took tigerair from SG (departing to Kalibo) and it was about $215.14 (with taxes) + $10 seat selector (back & forth, $5 each way). You can choose not to select seats – but I wanted to, so I just paid $10. Depending on your travel dates and when you book, the air tickets can be more expensive or more cheaper. PLAN EARLY!

I booked a twin room at Red Coconut and paid roughly about $230. It was about $444 for 3 nights and me and my friend split the cost by half.

There are other cheaper and more expensive hotels around, but my stay at Red Coconut was truly an enjoyable one so if I ever visit Boracay again, I would probably stay with them again.

It’s directly on the beach, DMALL is just nearby. About 5 minutes walk, or even shorter – depending on your speed.

We tried Island Hopping, Snorkeling, Parasailing and Sunset Sailing. Island Hopping comes together with snorkeling. I can’t really remember visiting any island which stands out- it felt more of a snorkeling trip throughout.

First we went somewhere with shallow waters where we tried snorkeling. Then we went over to Magic Island where people could cliff dive, after which we went to crocodile island to snorkel again.

We paid about PHP500 per pax for the island hopping (private boat – 5 pax), renting a snorkel mask cost about PHP100 per person. For Magic Island, if you want to dive, or watch others dive, you would have to pay an entrance fee of PHP150. If not, you could wait for them on the shore (which practically have nothing).

I waited for my sister on the shore because I wasn’t willing to pay for something I didn’t need. It took only about 10 – 15 minutes wait on the shore.

Snorkeling at Crocodile Island was worth it though. There are plenty of fishes and nice corals. However, if you are slightly big on size, it may be a challenge getting back on boat. I swore it was so tedious but it was funny. There is a ladder – but climbing up the ladder was a torture.

As we didn’t have much choice – one of them offered us PHP2000 if all 5 of us got that package so we did. I skipped flying fish because my hands had no more energy xD

We got sunset sailing at PHP250 which is quite cheap. We were offered PHP400 by another person initially. If you plan to go sunset sailing, get it from station 3 instead of station 1. Station 3 travels a further distance compared to Station 1, but prices are the same.

There is a budget mart in DMALL where you can get cheap stuff! There is another shop in DMALL which sells other essentials such as sunscreen, mosquito repellent, medicine, etc. But if you have them at home, bring them instead of buying them. Not sure how much the sunscreen cost – but we bought the mosquito repellent. THIS IS NEEDED.

Food and drinks are slightly more on the expensive side. It cost almost the same or more expensive than Singapore. Their drinks range from PHP120 – PHP150. Food prices differs greatly, depending where and what you eat.

There are halal restaurants around – both on the beach and in DMALL.

We tried a lunch buffet at a halal restaurant on the beach (near to station 3) and it cost us about PHP300+ for 2 pax, which was really cheap! It was only about SGD11-13 bucks for 2 pax for a lunch buffet. The spread wasn’t anything amazing but it had a good drink, salads and fruits which are crucial. The main dishes are okay.

Our first day we had a plate of briyani which cost us the same amount. That’s expensive! But just take note that most of the dishes here are all portion for 2. Get one and share and order again if it’s not enough.

One word of caution though – serving time here is slow. All of the restaurant we went to, all of them served the food slow. So have patience when you want to eat and don’t wait till you are starving to go eat.

We visited D Talipapa wet market – and for first timers, we would recommend only visiting to see how it works but don’t buy anything unless you are 100% sure you think it’s a good deal. We spend over PHP3000 here for dinner. But we got a live lobster and fresh prawns so….

It might give you a culture shock though and feel overwhelmed, my friend had a culture shock visiting the market. It was really intense and for first timers – always practice to reject and be prepared.

We tried the Jonah’s Fruitshake and the Calamansi Muffins from Real Coffee. We had a mango shake (one with milk and one without). The drink is pretty thick and it’s best if you have it as a take-out bottle instead of sitting there and drinking it (the drink was thick so it took us a while to finish it while sitting). We think it taste better without the milk.

The muffins were okay. Pretty decent (taste better when it’s cold), don’t be like me and get the box of 6 without trying one. Apparently, I think we wasted a lot because we bought too many food stuff but didn’t finish everything by the end of our stay xD

There are a lot of korean cup noodles around. The island itself seemed like a second home to Koreans. Even the menu has the hangul characters.

It was a great stay. The beach is really amazing. Take a tricycle ride to Puka Beach (15 minutes) because it is really pretty too. The waves at Puka Beach are much more stronger – and travelling by boat (during island hopping) is only allowed when the weather is good.

We couldn’t travel there during our island hopping because they said the waves were bad. I glad we didn’t because when I saw how the waves were at Puka Beach, I bet we would have capsized xD

We wanted to go to Bulabog beach but due to time constraints we didn’t.

Boracay seems pretty affordable and the beach is really worth it. Mornings are the best time to go out and walk on the beach and swim because it is usually low tide and it’s when the beach looks the prettiest.

The sun sets at 5.30pm so in Boracay, it gets dark very fast!!! But usually at 6am, it is quite bright outside.

If you have time to spare, visit here for a week to experience more. Travelling here takes about 12 hours from Singapore (including of 2 hrs check in time). Flight took about 3hrs+, followed by a van ride to catlican jetty (about 1.5-2 hrs), then a boat ride (10 mins), and lastly a tricycle ride to your hotel (depends where you hotel is), and you have to walk further down if you hotel is located on the beach.

It was a tedious journey but it was worth it.

When we reach Kalibo, various operators offered their rates and vehicles. Look for the best ones. We paid about PHP250 for a van + ferry (going to catlican), which was actually quite expensive. The driver waited for others to ride the van and he dropped along the way to pick up/drop other passengers which added up to our whole travelling time.

On our way back, we got the same driver but managed to get it at PHP200 per pax and a private van, which means only 5 of us with no stops in between.

Lighters are not allowed in carry on/checked in baggage when departing Kalibo. Print your flight itinerary because you will need it to check in when departing from Kalibo airport. Tipping is practiced in Kalibo – Try to do things on your own. If locals help you, they might ask you for a tip. We only got asked for a tip once.

Things are generally cheap but food can be expensive. Walk around and do not buy on impulse. It’s all about bargaining in this island. Bargain for everything. Food prices in restaurant are fixed – so don’t bargain for those xD But please do not be a cheapskate and bargain for something already cheap. Bring your phone to do the calculating if it’s worth it.

Walking on the beach to get to station 1 and station 3 is easier compared to walking beside the stalls. You have to bear the heat of the sun though.

Activities are only at station 1 or station 3. If planning to do a lot of water activities, you might want to consider staying near these stations. But DMALL is at station 2 – so see for yourself which one you prefer.

You have to at least visit this place once. It’s so laidback and pretty. The morning walk on the beach and a morning swim is all I need ❤