Anyone else watching Hotel King?

I just wanted to see what others think of the drama, and if it’s just me who thinks that it’s boring. The first episode was a little messy, but I thought it would do pretty well, but now at episode 6, I don’t know if I’m sticking around any longer.

The only good thing is that scene above. AHAHAHAHA.

I just find the storyline a bit dull and the angst just doesn’t seem to go well with me. There’s too many things going on, and it’s hard to focus. We have an evil dude who wants the hotel for himself and by using Jae Wan. We have Jae Wan who has a love-hate relationship with Mo Ne, and a clueless Mo Ne who sometimes seem earnest in learning, but sometimes just annoying.

There are too many conflicts, which isn’t necessarily bad, but nothing is attention-grabbing yet.

I don’t know….but nothing seems to be holding my attention for long, and I might just drop watching this drama, because there is like another 3 or 4 new dramas airing soon – and I’ll always make time for better dramas. 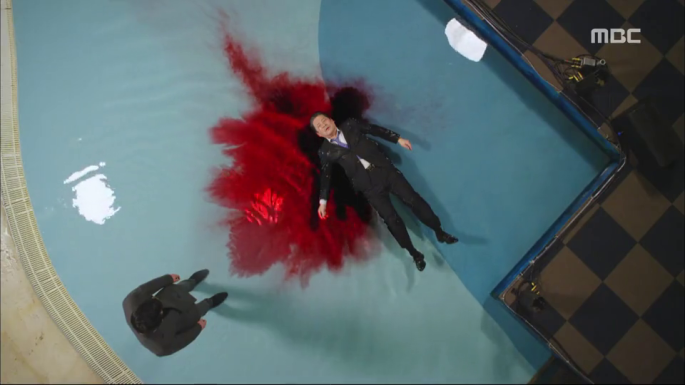 If I were to describe the first episode of Hotel King – it would be…fast and precise. That’s what I felt from the first episode. It seems like they want to tell us the backstory of the characters, but they didn’t want to waste a lot of time – so they just shoved us with all the information in one episode.

It’s not exactly a good or bad thing – but for me, I didn’t really like how they go about giving us all the information so early. But putting that aside, the story itself seems interesting enough, and the characters look complicated enough for me to be interested in the drama.

There seems to be a little bit of humour too – and that’s really good and important because I don’t want to spend hours and episodes just seeing people dead and plotting against each other.