Finally, Jin Goo expresses his feelings towards Se Young, though through a kiss – instead of words, which is never a good thing. A lot more questions going through my head, and Jin Goo-Se Young and Kwang Soo-Da In continues to be my favorite characters right now.

I totally forget that Da In is Se Young’s sister – and I only realized it during their phone call. I hope their relationship will not be a cause for angst in later episodes. There shouldn’t be any particular reason, right?

I wonder who is in Se Young’s heart – because it seems that she does have someone, but we have no idea who it is. There was also something going on between her and Jin Goo in the past, and I AM SO CURIOUS. What happened between them in the past which makes both of them hesitant towards each other???

END_OF_DOCUMENT_TOKEN_TO_BE_REPLACED 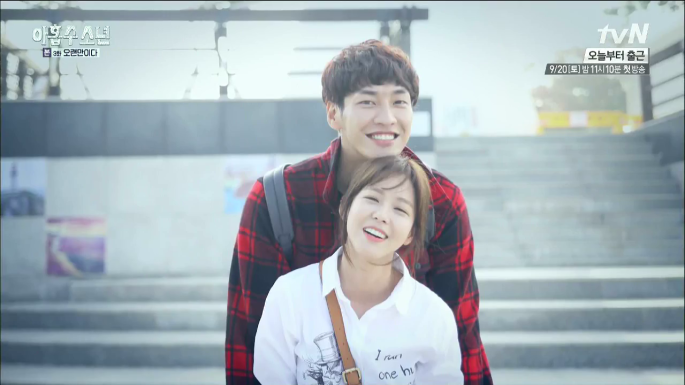 Plus Nine Boys continues to grow on me, and Episode 3 is so full of cute from Jin Goo & Se Young’s side. Anyway, be glad people, dramabeans is actually recapping the drama~ yeah 🙂

As to why I love the drama so much, I think most probably I like the approach the drama takes. It has four male characters, in different situations – facing issues in their lives, and it’s nice to see how each of them deals with it, and get over this troubled times. There’s also an extra bonus because it makes us curious as to who is the one who will end up with their loved one.

I’m still not sure – if the fortune teller, really meant only one good relationship for that season, because I really want both Jin Goo and Kwang Soo to end up with the woman they love.

Anyway, for this episode, Jin Goo and Se Young gets coupled up to test out a tour package meant for couples, and Kwang Soo after failed attempts at meeting his ex-lovers, unexpectedly find out that one of his other ex, is living above their apartment.

I wonder when will Jin Goo confess to Jae Bum that he has been holding a crush on Se Young all these while, and the preview shows a possible kiss scene of Jin Goo and Se Young. AND YES IT’S TONIGHT 🙂 🙂 🙂 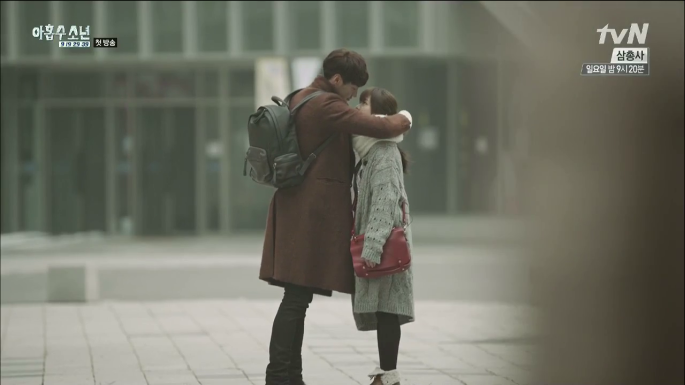 I was feeling quite empty after finishing off Marriage Not Dating and High School King Of Savvy, and then I remembered about Plus Nine Boys, which replaced MND. I’ve watched the first two episodes, and I love it 🙂

It’s not the normal ‘fluffy’ kind of rom-com. I thought it had a good balance of humor, but more of a heart. Does that makes sense? Hahaha. I don’t really know how to put it in words – but it gives off a warm feeling after watching, and I like it a lot.

The best part about it is that we have four guys (3 brothers, 1 is their uncle) – all ten years apart in age, and the ‘fortune teller’ said that there will be a good relationship this fall, and it’s a rare relationship where they won’t let go of each other. Just one.

JUST ONE?! I know we can put the kid aside, as it’s probably not him. I’m not placing my bets on 19 year old Kang Min Goo either. It’s either Kang Jin Goo or Goo Kwang Soo. NOOOOOO. I want both of them to be able to find their love though~

No recaps – just a brief summary, with some screencaps. Thoughts & Discussion right at the end of the post~