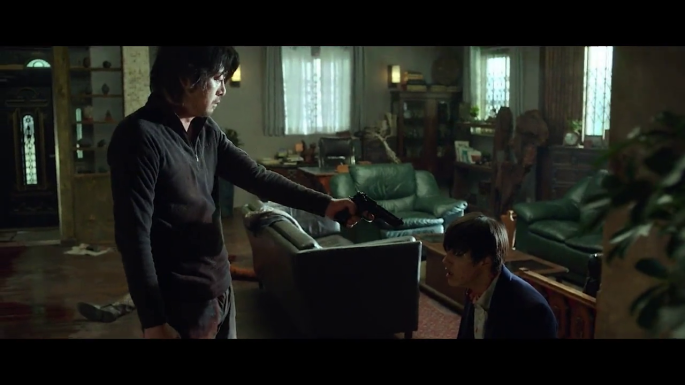 This movie is AWESOME. Anyone who can’t take movies with a lot of blood involved should totally stay away. This movie includes crude language and violence.

I just finished watching Hwayi: The Boy Who Swallowed A Monster, and I was glued to my seat for 2 hours because it’s THAT awesome. This movie is sleek and action-packed. Yeo Jin Goo was perfect, and I wonder what roles this boy can’t do.

Basically, the movie is about Yeo Jin Goo who was kidnapped when he was young and brought up by 5 criminals who were stuck with him after their plan went wrong. He was named Hwayi and he learnt various skills from the 5 people he calls Dad. However, after killing his first victim, he finds out a shocking truth regarding the man he killed & the men he grew up with.

I will not be doing a recap for the movie, but just a short discussion. SPOILERS AHEAD!